Nana and Papa on the farm visiting 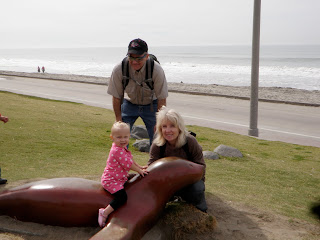 So the end of February my parents came out to visit.
The kids were so excited we have not seen them sinc
last summer when Brianna was a baby. The were so
cute because they call them Nana and Papa on the farm
because of course they live on a farm. 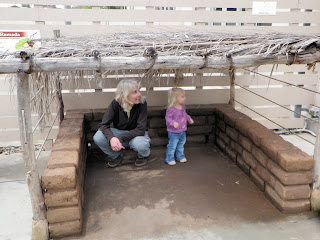 While they were here we got to go on the sprinter
train down to the beach and play in the sand.
Sean and papa built a cool sand castle. We also went to this
really neat children's museum which is the pictures
you see above and below. They had a huge tree you
could climb, they had puppet show room, and outside
they had a little hut you could play in, a place to build
things and an old fashioned school. The kids loved it. 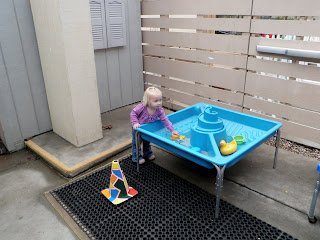 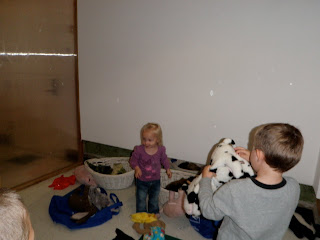 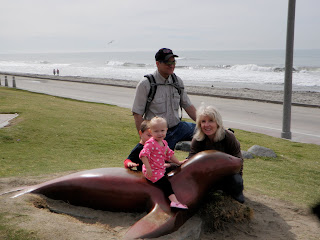 So thanks Nana and Papa for coming to visit.
We all had a blast having you here. When we
were in San diego the other day Sean said
hey that's where we dropped nana and papa
off as we drove past the airport. He was already
missing you guys.
Posted by The Mcclellan's at 8:40 PM No comments: 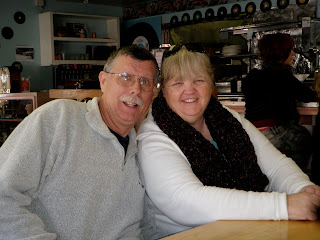 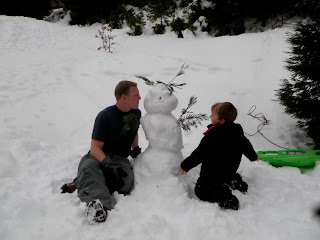 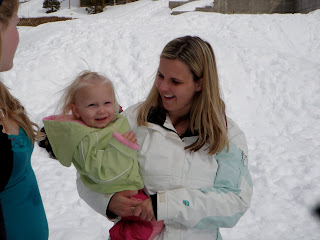 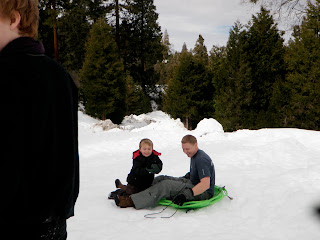 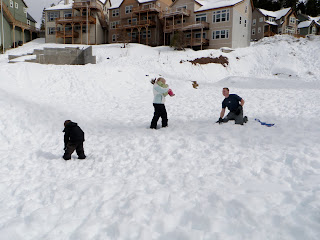 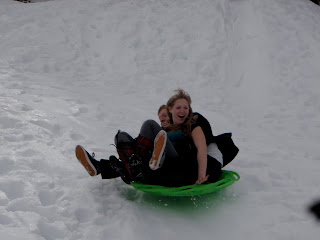 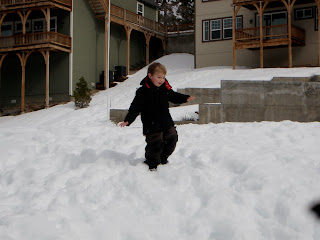 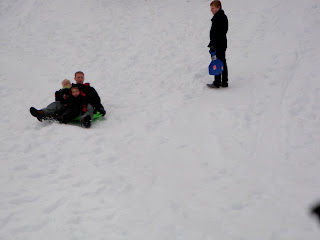 Soyes it is true we do get some snow out here in California. I must admit its not good snow but its still snow. So imagine this drive we drive up in our t-shirts driving past dessert looking areas and then all of a sudden at the top of the hill we see snow. Since all the rain we got some snow up in the mountains. So we took the kids up to Lake Arrowhead and went sledding. It just worked out that Greg's parents and his sister and her boyfriend were staying up there. So we all went sledding on our two little sleds that we borrowed from a good friend. Sean thought it was great but Brianna was not so excited about it. I think we got her to sled like once. Sean had a blast and kept trying to sled but the snow was so hard it didn't work so well. So then he proceeded to start a snowball fight which then led into building a snowman. We ended the great day by going to burgers and milkshakes which of course we all loved. I do miss the real snow and wish I could go skiing but this will have to do for now.
Posted by The Mcclellan's at 8:56 PM 2 comments:

Sean's 2nd Trip to the ER 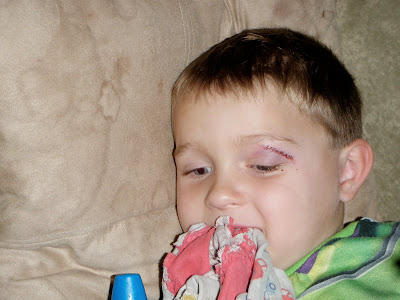 On Saturday Sean was at his first Valentines Friend party when I got a call saying that he cut his eye and that he was bleeding a lot and that I needed to come get him. So I frantically scooped up Bri and ran out the door. When I got the the house the friend's mom told me that the bleeding had slowed down and that it happened when Sean was playing duck, duck, goose and hit his head on some furniture. Sean was still playing with all his friends and really didn't think anything of this huge cut above his left eye. In fact, they said that he didn't cry, or for that matter miss one step in his game when it happened- such a brave boy. The cut didn't look that bad, but I needed a second opinion so I took the kids to Greg who was at work.
When we got to the firehouse Greg took a look at it and said that it definitely needed a trip to the ER, so I packed up the kids again. Luckily my wonderful new friend here watched Bri while I took Sean to the ER. It was already late and I really didn't want to sit in an ER waiting room with my wounded little boy so I dropped the "My husbands a Firefighter" card. They got us right in and took great care of us. Sean walked away with 10 stitches above his left eye. He was so brave, through anesthesia, wound cleaning, and stitches he didn't even really cry. Now 6 days later Greg had to remove the stitches. Sean's eye looks good. It is still a little red and bruised but I'm sure it will heal just fine.
Posted by The Mcclellan's at 8:30 AM 3 comments: