Sorry everyone I am so slow at blogging lately I cant seem to keep up. Well this year we had Halloween for almost a week but it was so fun. At the beginning of October we decorated the house for Halloween and the kids had a blast they even built a spooky house which turned out so well. The kids had a party at preschool where they all dressed up and played games and had little trick or treating. Then on Saturday all of us with my sister in law and her little girl went a really neat pumpkin patch. Where first we got a huge pumpkin almost as big as Sean, then we petted the animals, then we did a straw bail maze, Sean and me rode on a tractor around the pumpkin farm and last but not least the kids rode horses and they had so much fun. It so fun to watch how excited they get. 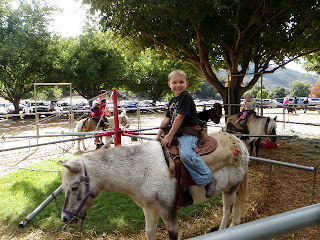 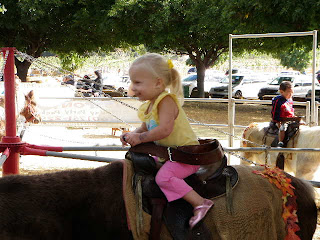 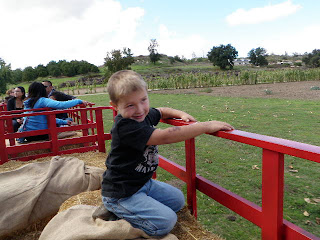 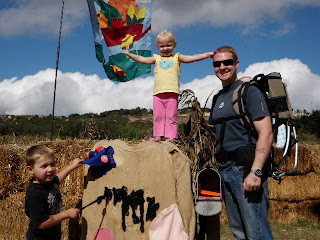 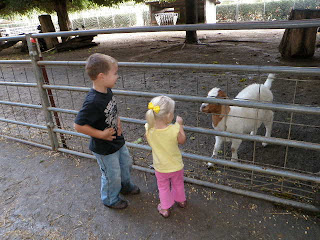 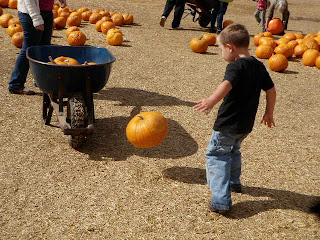 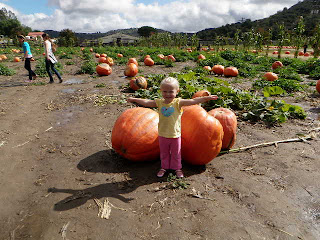 So after a long day at the pumpkin patch that night the kids got all dressed up as a fairy and GI Joe and we headed to the church trunk or treat. The best part was Greg's parents, brother, sister in law and baby Hailey came so it was fun to do the trick or treating with everyone. So we started with some great chili and then the kids did a costume parade, and last but not least the kids went car to car trick or treating it was so cute. Brianna got so much candy she was dragging her bag of candy at the end. Greg got all creative and carved four pumpkin and lite them up in the back of his truck and was apart of the trunk or treat. The pumpkins looked awesome. 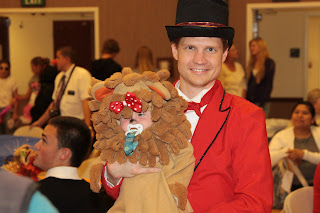 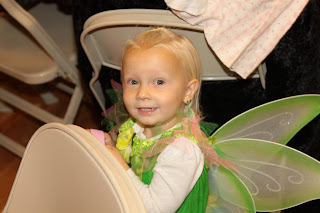 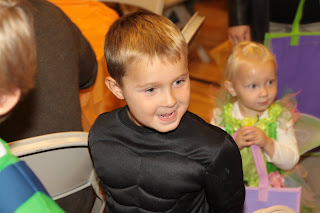 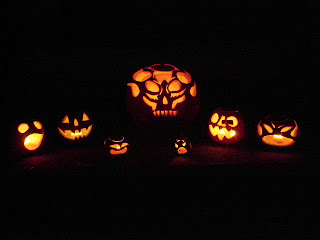 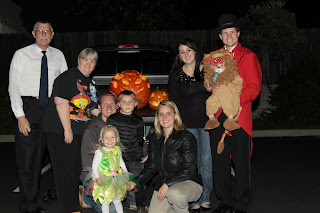